Driving Development from Start to Finish

After we were engaged for a feasibility analysis and reuse study on a complex site in a Philadelphia Main Line suburb, we were brought on to turn that plan ro reality. That meant managing the tear-down of an existing car dealership and managing the development of a new 30,000 square foot facility on a different area of the site. From concept plan and governmental approvals and zoning to team assembly and delivery of design, construction and closeout, we oversaw the entire process. The project was radically altered in mid-stream with the addition of the Jaguar marque to a facility originally designed as a standalone Land Rover dealership. (The two carmakers were merged during the construction phase of the project.)

Roadside attraction
The $11 million Jaguar Land Rover facility, located closer to the main thoroughfare of a shopping district, gave it more visibility to passersby, while opening up the land behind it for a high-density multifamily project, which we also developed. Despite the considerable disruption caused by the addition of Jaguar during construction, the project was completed just 1.1% over the original budget. 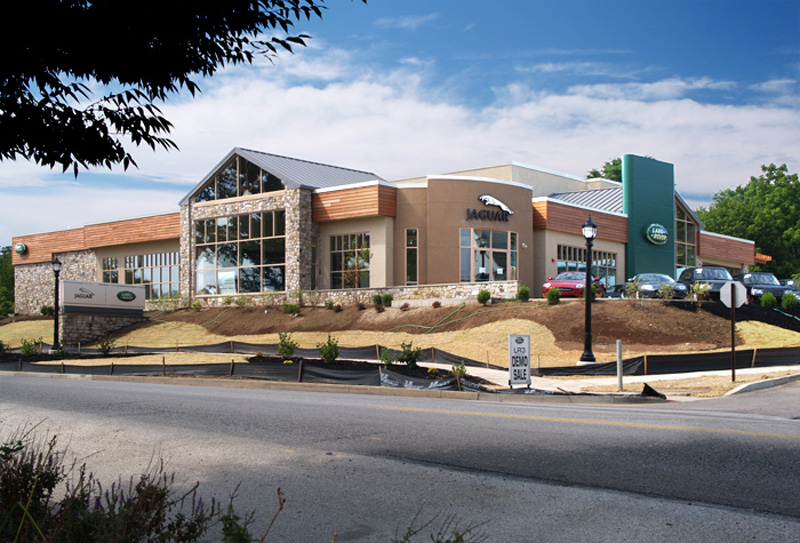 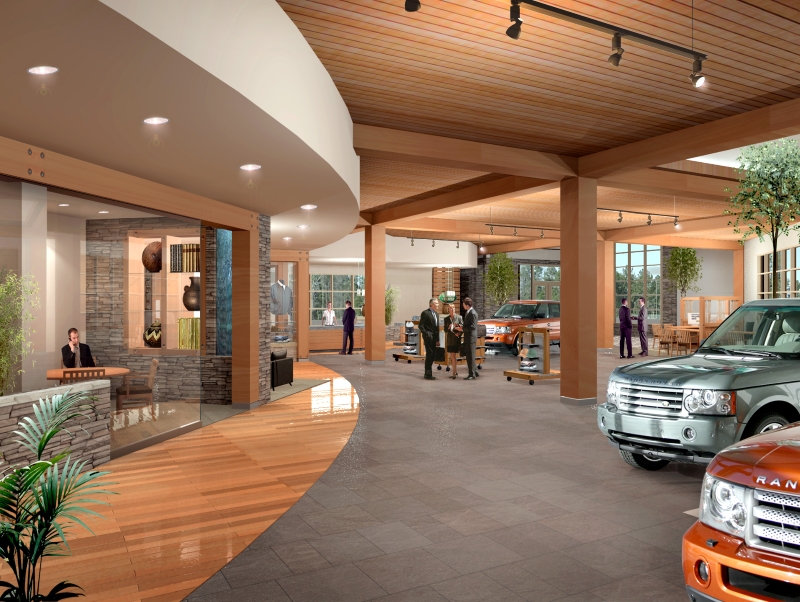