A Plan with Two Solutions

We were brought in to perform a quick feasibility analysis on land—then being used as a car dealership—that was environmentally compromised by its previous use as a railroad-adjacent steel works. Given its physical limitations—and its location in a famously restrictive jurisdiction—the owner did not have many obvious options. As-of-right zoning allowed only low-intensity commercial use, for which there was no market. We researched the Township’s goals for growth and worked with neighbors, community groups and the Township to find a plan that would gain approval. Within two weeks, we identified the best reuse alternative, which required subdividing the site into parcels.

Thinking bigger, with imagination
Our strategy of creating a project that was consistent with the Township’s comprehensive plan was a winning one. Moving the dealership building to the street reinforced its importance as the gateway to Wayne. Creating a new transit-oriented development (TOD) zoning district that allowed housing at four times the density previously possible in the Township reinforced the district as Wayne’s small urban core—no small feat, but still accomplished—resulting in the region’s first LEED-certified multifamily project, which we developed. 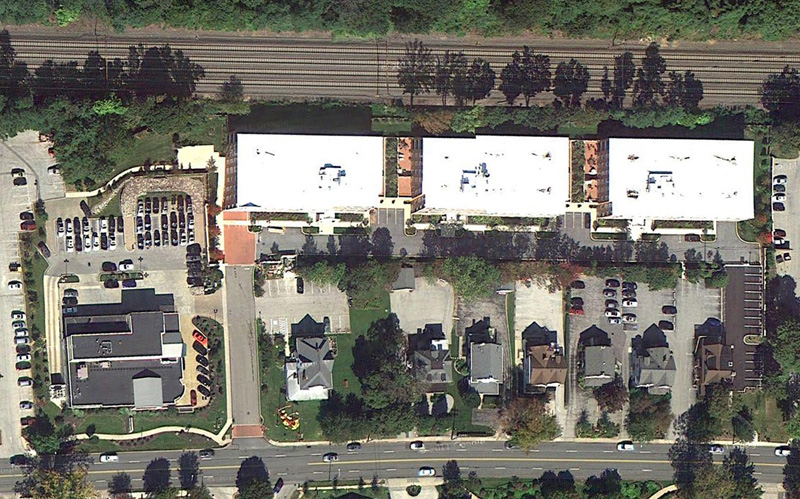 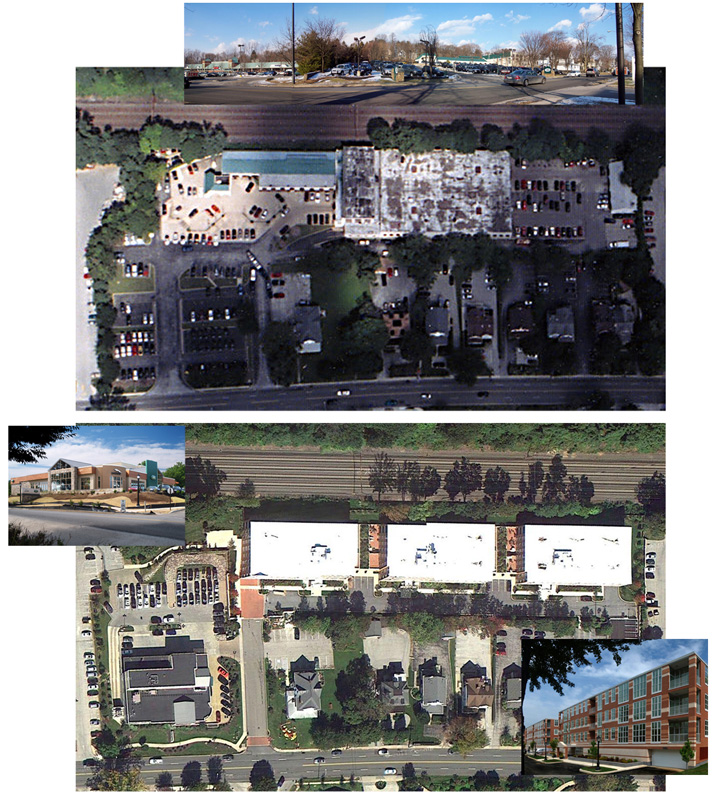