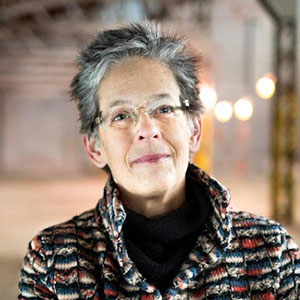 Jackie Buhn is a principal and co-founder of AR Spruce LLC, a Philadelphia-based real estate services and development company that plans, creates, and manages real estate. Jackie’s background in commercial real estate encompasses development, re-development, and management, as well as finance and feasibility/planning analyses. She has extensive experience repositioning complex real estate assets, particularly focusing on those aligned with the company’s goal to enhance urban living for all.

AR Spruce was formed in 2020 by the merger of Spruce Real Estate Partners and AthenianRazak, providing greater depth and capabilities to both companies. The new company is growing rapidly; Jackie currently focusses on repositioning distressed assets for institutional owners, redevelopment projects, and oversight for construction projects.

At AthenianRazak, which Jackie co-founded in 2011, she led re-development projects such as continuing work at 833 Chestnut, bringing the value of this historic 750,000 sf office building from $7/sf to $230/sf, strategic projects such as or the in-progress repositioning of SEPTA’s Suburban Station Shops, and construction projects such as the simultaneous build of five data centers in an historic Chicago building on an accelerated schedule, completing work $8 million under budget. Additionally, she led consulting projects to reposition real estate assets to better serve non-profit owners such as Broad Street Ministry and the Library Company of Philadelphia. Jackie’s approach employs real estate to realize mission-driven goals, an approach she emphasizes in the projects the firm undertakes and the development of its staff.

Jackie founded Athenian Properties in 2001 and led it solo until her merger with Razak Co in 2011. At Athenian Properties Jackie led projects including two facilities master plans for the School District of Philadelphia addressing issues of excess space; management and repositioning efforts such as increasing the value of 700 distressed NJ apartment units by approximately $8 million; the construction of a film sound state in Philadelphia’s Navy Yard; and management and/or construction of multiple data centers.

In 1989 Jackie co-founded Renaissance Properties with two partners of Growth Properties, where she had been a senior staff member. At these firms she oversaw redevelopment, repositioning, management, or consulting on more than 11 million sf of commercial properties and 5,800 residential units, including redeveloping the Sheridan Building in Philadelphia and developing the Cosmopolitan apartments at 12th and Locust, the first new apartment building in Philadelphia in over 10 years.

Prior to her real estate development career Jackie worked at architectural firms including Wallace Roberts & Todd in Philadelphia, where she served as the housing chief for San Francisco’s South of Market redevelopment.