When the Philadelphia 76ers needed a new training complex and corporate headquarters, we were engaged to develop the project from inception. Early on, we identified the potential for $82 million in Grow NJ tax credits by locating the project in Camden. That support allowed the Sixers to think big, producing a state-of-the-art facility unmatched in the NBA. Beyond securing tax credits, as the development manager we

Hitting the goal
Opened in September 2016 in time for the 2017 season, the 60,000SF training center features two regulation-size practice courts surrounded by 10 baskets, locker rooms, weight and exercise rooms, team medical and hydrotherapy facilities, audiovisual processing and theater areas, as well as office space for the Sixers basketball operations and coaching staffs. The Sixers’ corporate offices are in the adjacent 65,000SF building, along with a ground-level entrepreneurial Innovation Center jointly sponsored by Kimball and the Sixers. 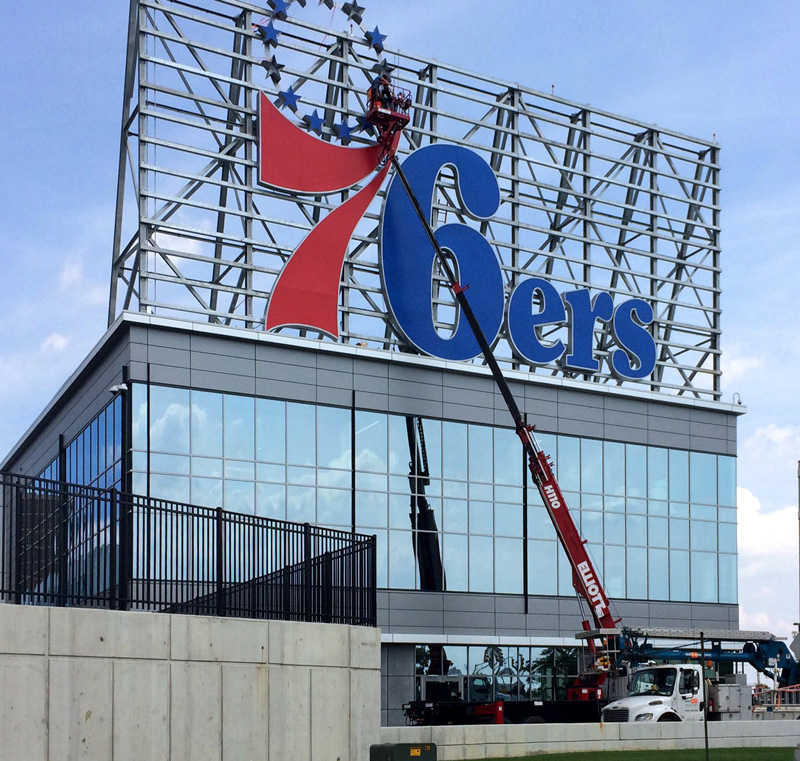 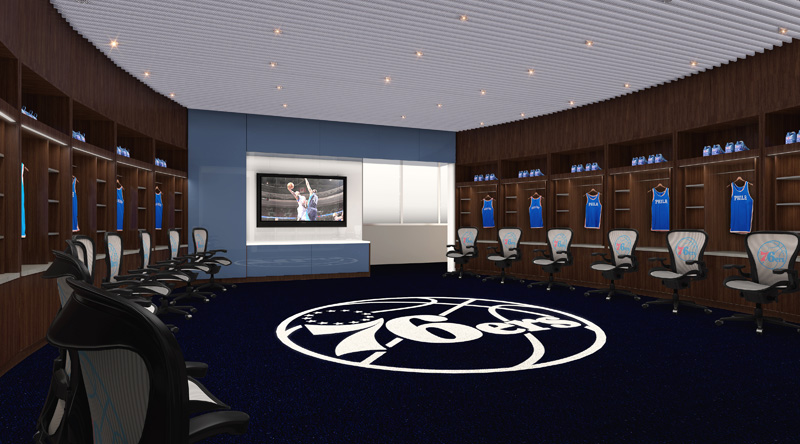 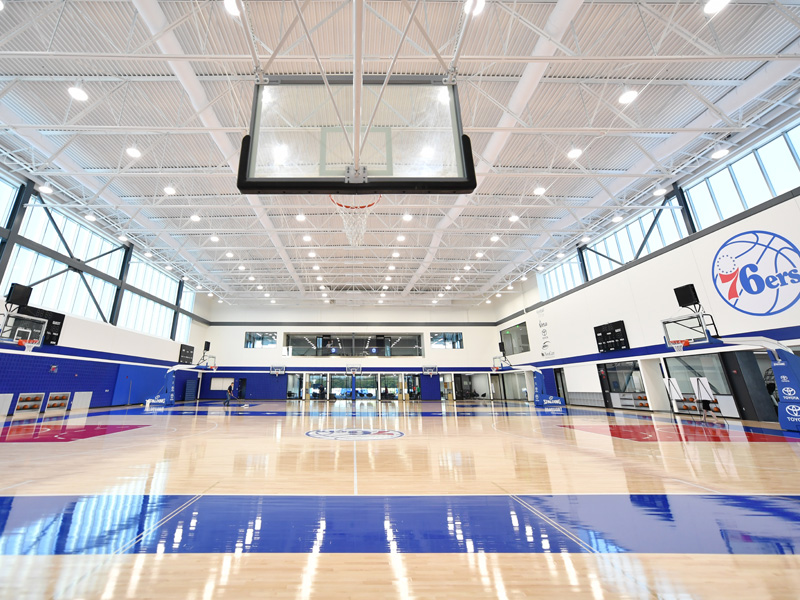